Alphonse Gallegos Apocada was born in Albuquerque (New Mexico, United States) on February 20, 1931, into a deeply pious family. There were 11 brothers. He was born with a very serious myopia that always kept him on the verge of total blindness. However, despite this problem he had an expressive smile, which filled his face.

The Augustinian Recollects of the Parish of San Miguel, in the Watts neighborhood of Los Angeles (California), helped to keep God's call alive in their altar server. His vision problem always raised doubts about his capacity for ministry. He really had a difficult time reading. But his effort and spirit of love for God convinced every one of his suitability. On September 3, 1954, Alphonse made his perpetual religious profession as an Augustinian Recollect in the Province of Saint Augustine in Kansas City, United States. He was ordained a priest on May 24, 1958 at Tagaste Monastery, Suffern, New York. 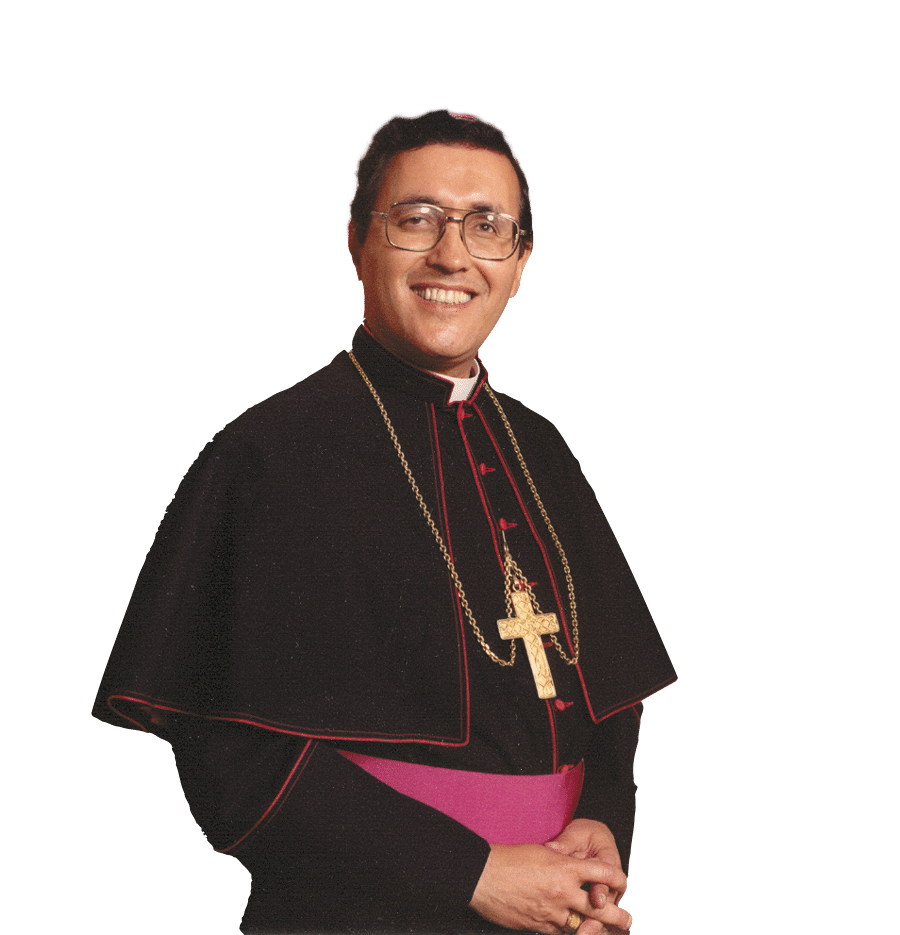 As a priest, he served in various ministries in the United States: hospital chaplain, novice master, and pastor at the church where he grew up, San Miguel in Watts and Cristo Rey, Los Angeles. Watts was and is a Los Angeles neighborhood marked by poverty, marginalization and crime. Alphonse’s main concern was the education of young people and creating alternatives to the dangerous gangs in the area. His pastoral dedication led to him to be appointed in 1979 the first Director of the Office of Hispanic Affairs of the California Bishops Conference. He organized this new office and a whole network of pastoral work in favor of immigrants, in coordination with the dioceses of California and Baja California, Mexico.

On November 4, 1981, he was consecrated Auxiliary Bishop of Sacramento (California). As a bishop he always wanted to be among his people, he visited migrant camps, defended them in front of civil legislators and welcomed them into the church. On weekends, he spent many hours of the night with the young people in the parks, encouraging them to quit doing drugs and criminal activities, inviting them to Mass, going back to school, and making an effort to build for them a better future. They listened to him because they saw in him a father who was interested in them and listened to them. He blessed low-rider cars and rode with them. He defended the rights of the unborn. Everyone had a place on his agenda: the poor, the sick, the elderly and the prisoners regardless of their social class, religion or race. He was always very attentive to everyone.